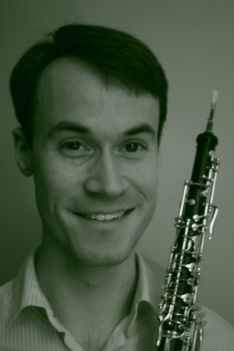 Born in Aberdeen, Fraser Kelman was a pupil at St Mary's Music School in Edinburgh before moving to London to study at the Royal Academy of Music and the Royal College of Music.

Since graduating in 2009 he has pursued a busy freelance career primarily as an orchestral oboist and has performed with many of the UK's leading ensembles including the English Chamber Orchestra, Philharmonia Orchestra, Royal Philharmonic Orchestra and the City of Birmingham Symphony Orchestra.

In 2017, Fraser moved back to Edinburgh where he enjoys teaching at St Mary's Music School and George Watson’s College as well as performing with the Scottish Chamber Orchestra, the Royal Scottish National Orchestra and the orchestra of Scottish Ballet.

Fraser is looking forward to taking up the post of oboe teacher at St George’s School in Autumn 2018.