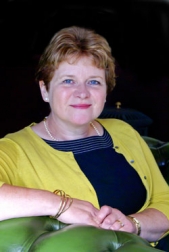 Three keynote speakers, three finales, dozens of workshops – but only one school and one Diversity Day at St George’s!

It is five years since we last celebrated diversity and difference on such a big scale.  The whole school’s timetable is suspended on this special day to allow staff and students the time to think and do things differently.  The idea came originally from Germantown Friends School, our partner school in Philadelphia, with whom we have been exchanging students, teachers and ideas for the last forty or so years.

In the interval between 2011 and 2016 we have witnessed all sorts of strife and bitterness in many parts of the world; we have had referendums that have divided people in Scotland and the United Kingdom, and we have seen societies fracture, particularly where different religions, cultures and customs have clashed.  We have also seen a liberalisation of views in the west on some issues; and a hardening of lines on others.

As a consequence of all of these factors, and partly as a response to the refugee crisis, this year’s Diversity Day was more serious and thoughtful in tone than its predecessors.  We still had drumming, dance, music and art; we also had live debate, a question time panel, inspirational speakers and a theme that was humanitarian, multi-faith and international.

The response of the girls and their engagement in the day were impressive: we hope that they will continue to reflect, with open hearts and open minds, on all that they have seen and heard, in the days and years that follow.  I am deeply grateful to the steering group of staff who organised the day and to the many friends of St George’s who contributed so generously to Diversity Day 2016.