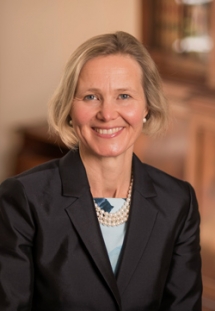 Term is well underway now; we are delighted to welcome new girls in to Junior and Lower School this term and wish them and their families a long and happy association with St George's. I started the term last week by talking to the students in assemblies about some of the notable anniversaries that occur this year, which have prompted much discussion about how women today find a balance in their lives between the opportunities, demands and rewards of a successful career and the equal but different rewards and challenges of family life. 2018 is a year rich with anniversaries.  February sees the centenary of the passing of the Representation of the People Act, which granted the right to vote to women over 30, if they were either a member or married to a member of the Local Government Register, a property owner, or a graduate voting in a university constituency. It is worth noting that, although a great step towards women’s equality, the same act also gave the right to vote to all men over 21, and it was another 10 years before the same was granted to women.

Two hundred years ago this year Mary Shelley published her novel Frankenstein. She was the daughter of Mary Wollstonecraft, author of A Vindication of the Rights of Women, published in 1792, in which she argued, controversially for her time, that women were equal in intellect to men. This year is also the two hundredth anniversary of the birth of Emily Bronte, the author of Wuthering Heights. Anyone familiar with that novel will know that it depicts the tragic outcomes of thwarted love and ill-judged marriages, at a time when, for a respectable, middle or upper class woman, marriage, however disastrous, was really the only respectable route in life.  I had been thinking about these various anniversaries and reflecting a bit on how much has been achieved, but also how much further we still have to go, when I read some comments, earlier in January, by Gwen Byrom, Head of Loughborough High School and the new President of The Girls’ Schools Association, writing about how important your choice of life partner is, as a woman, if you want to have a career and a family. She, a mother of 5 children ranging in age from 2 to 19, advocates having a house-husband; her partner has stayed at home for the last 12 years enabling her career to thrive. Much has changed over the last 200 years; the very fact that we can now talk so confidently of those possibilities, career, and family, in the same breath clearly marks huge progress. The arrangement that she and her husband have come to is no longer so unusual. Gender stereotypes are losing some of their force, which is all to the good. My husband has a PhD and a successful career in research science behind him, but I could not do what I do at work if he had not made a significant sacrifice in his own career. In recent years much has been said about 'having it all', ie a career and a family life. I have always been sceptical about the concept of ‘having it all’, however, as I don’t really think that is ever possible – life, especially lived in true partnership with someone else, is always a process of compromise and sharing, achieving a balance, and that in itself can be a rewarding process. I certainly do not think we should be giving in and settling for second best either; while the gender pay gap remains as it is, and women remain so sorely under-represented at the top of all the professions and economic and political life, but rather I believe we should think very carefully about what ‘best’ means, before assuming that there is a one-size fits all model that will work for every woman, couple or family. What is best in each situation is achieved through communication and a thoughtful understanding of what each party needs and is capable of at a given point in their lives.

In educating the next generation of working women, many of whom will also be mothers, I believe we have to give them role models that represent a variety of approaches and encourage them to think positively and creatively about how they will face choices in their lives.

The first two weeks back have been busy and purposeful at school as ever, with Upper 5 in GCSE mocks and soon sixth formers taking their places in the exam rooms. This is also the time of year when we begin the process of support and guidance for students in Upper 4 and Upper 5 who are making choices for the next stage in their education. They will all be having one to one meetings with senior staff in the next few weeks, and we look forward to meeting them with their parents at Options Evening on 8th February. Mrs Edwards and I spoke to students in the Lower 6 this week who are considering applications to Oxford or Cambridge later in the year, and for any subject that will require an additional entrance test, to outline the support and mentoring that the school will give them, and the expectations of ambitious reading and thinking that they will need to undertake over the coming months. It has been a great pleasure to see the offers that our Upper 6 and some of last year's leavers have been receiving over recent weeks, from universities across the UK, including Cambridge, to study a wide range of well chosen courses. This confirms just how highly regarded the combination of GCSEs, followed by Highers and Advanced Highers is, not only in Scotland but at all our leading institutions. We wish them every success as they settle in to preparing to meet those offers or plan their gap years.