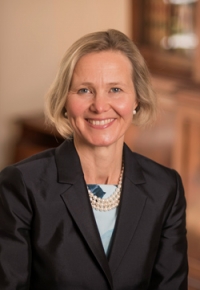 A History To Be Proud Of.

It was a privilege to celebrate International Women’s day yesterday by sharing with Morven, our Head Girl, the unveiling of a plaque at 29 Abercrombie Place, Edinburgh, now home to the Royal Scots Club, to mark the birthplace of Dame Sarah Elizabeth Siddons Mair, a true pioneer, and clearly a remarkable woman. A campaigner for women's suffrage and women's education, Sarah Siddons Mair was one of the founders of St George’s High School for Girls in 1888, from which this school developed.

Before she had reached the age of 20 she had founded the Ladies' Edinburgh Debating Society, of which she remained President for the next 70 years.  This group included Louisa and Flora Stevenson, energetic supporters of medicine and education, Louisa Lumsden who later founded St Leonards School in Fife, and Charlotte Carmichael, the mother of Marie Stopes, who was herself a student at St George’s. Many, including Sarah Siddons Mair also played a key role in promoting the cause of women’s suffrage.

These women must have had to draw on extraordinary reserves of patience, resourcefulness and determination in order to overcome the obstacles that they faced at a time when education and equality for women were considered not only irrelevant by many but also absurd and dangerous ideas.  Born into affluent Edinburgh families, they could so easily have settled for a simpler life of personal comfort and elegant accomplishment.  I find their work inspiring still; idealists and women of high principle, they were also practical and formidably hard working. The campaign to gain access for women to higher education exemplifies this.  Having identified the need to improve the quality of pre-university education available to women if they were to be eligible for entry at all, Mair launched classes in St George’s Hall to prepare women for the entrance qualifications. Not all women who were keen to train for the examinations were able to attend the classes, however, so she was instrumental in developing correspondence courses to meet this need. In 1886 she helped to establish St George’s Training College, which was the first institution in Scotland that would train women to teach in secondary schools. This was closely followed in 1888 by St George’s High School for Girls, the first Scottish day school for girls which offered education up to university entrance level. A loyal supporter of our school until the end of her life, Sarah Siddons Mair would have been proud to see former pupils of the school that she had founded, amongst the first female graduates of Edinburgh University. 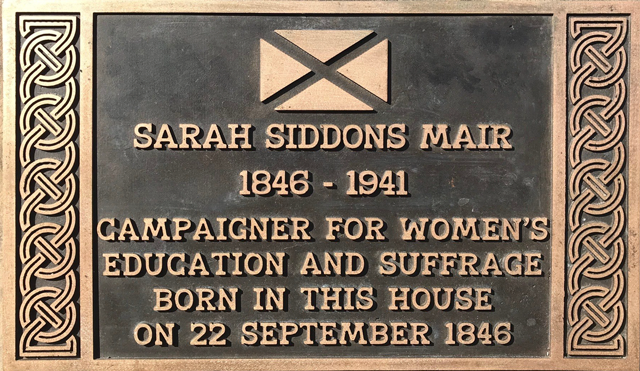 I think she would also have been proud to see our students leading our Assembly for International Women’s Day yesterday. The women whom they had selected to celebrate share the indefatigable spirit that marked out our founders. Among them were Rosa Parks, Emmeline Pankhurst, Jung Chang, Ellen DeGeneres and Billie Jean King. The girls’ passion as they spoke about the women they admire was energising and heartening. It is so important that we pause to reflect on the achievements of those who paved the way for us, and that we honour still the dedication and resourcefulness that enabled them to succeed. On the staircase in the St George’s Centre there is a quotation from Estée Lauder that reads, ‘I didn’t get there by wishing for it or hoping for it but by working hard for it.’ I think that is a sentiment that that our founders would have shared.