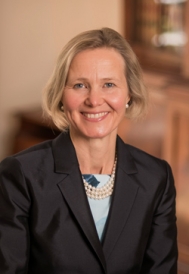 Last Thursday evening we were privileged to hear a distinguished panel of women writers and publishers speaking to the title A Voice of One’s Own. They had been given the task of speaking about one or more women who they felt had been the most influential female author or authors of the last 130 years, in no more than 5 minutes. The discussion that followed was absolutely fascinating, drawing on names from Scots and English writing, some well known, others much less so.  The title A Voice of One’s Own evoked for me Virginia Woolf’s work A Room of One’s Own, first published in 1929.  Woolf reflects on the conditions that are necessary for writing, and the reasons why relatively women had found it possible to make a living from writing in the course of history. She makes the case for the need for privacy, quiet, and a reliable source of income as necessities for a successful creative life and points out how rare that combination was in the lives of any but the wealthiest of women in the past. In the same work she reflects on the contrasting conditions for men and women at university at the time; the patriarchal structures that she saw around her in 1929 and the limitations that faced any woman seeking to make her own living. I remember the first time that I read this work, as an undergraduate myself at what was then a women’s college, and the effect that it had on me, providing a context for the world in which I found myself at Oxford, albeit 60 years after Woolf had delivered the lectures on which the book is based. Education has of course been at the heart of enabling women’s voices to be heard and taken seriously, enabling them to have a voice of their own. The girls at St George’s tell us that what they value so much about being at a girls’ school is that they feel free to be themselves; and this has been a common thread throughout my career in girls’ schools. Reflecting on Woolf’s contribution to literature in assembly on Monday, I reminded them of the importance of finding their own voice; not the one that they think others will expect them to use, but the words that are truly their own.

Our panellists last Thursday, however, reminded us of how much work there is still to be done in the area of gender equality. One of the greatest pleasures of the evening was hearing Emily, one of our current Upper 6 students, speaking on the panel. Her chosen writer was Helena Kennedy QC, whose two works about women in the legal system, Eve Was Framed, and the more recent Eve Was Shamed, had opened her eyes to the inequalities that face women in the justice system ‘whether as defendants, victims or practitioners’.  Inspired by Emily’s eloquence I bought Eve Was Shamed last week. It brings home precisely how important it is both that the next generation of young women feel able to speak out about inequality or prejudice when they see it, and that they feel supported by the older women around them in doing so. I am so glad that St George’s girls feel able to be themselves, and I hope they develop a voice of their own, which they will use to keep moving change forward.  Helena Kennedy draws attention to the language in which law is framed and the extent to which the language we use can either reinforce a norm or drive change. I am convinced that, together with legislation, one of the most powerful engines for change will be the volume of women who feel able to ‘be themselves’, and have found their own voice, establishing a new set of norms through the expectations that they have of themselves and of those around them. Respectful of others and courteous, yes, but articulate and firmly persistent, these are voices that we need to hear.