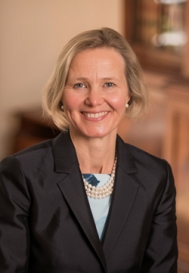 What do we mean by ‘character-forming?

This week Nadiya Hussain, winner of the 2015 Great British Bake Off opened up movingly in a documentary about the extreme anxiety that has affected her since childhood, which she has identified as stemming from traumatic experiences of bullying and serious illness in her family.  We held our own Mental Health Awareness Week in school last term; it is right that there is more openness about conditions that can be so damaging, such as depression and extreme anxiety, and the courage of public figures such as Nadiya is to be applauded. Her experiences have shaped her, but not defeated her; she was also able to show her journey to recovery, which is just as much a part of her experience, and who she is.

I seem to have heard the words ‘Character-forming’ several times recently, which may be because this is the season of ‘camps’ and Duke of Edinburgh’s Award expeditions. This week our Lower 4 students have been out on Cumbrae and Bute for their Outdoor Education week, blessed with one of the best weeks of weather one could ever hope for. All the pictures I have seen so far suggest that they have had a cracking time, and I am sure that for every one of them the week will have been formative and memorable. I hope too that there has been something this week that they have all found difficult, perhaps where they least expected it. In conversation yesterday three of us reminisced about our own experiences of being on camp as school children, and in two cases the stories included waking up to find oneself under snow. ‘That was character-forming’ was the line that followed immediately after.  My own memory of this very experience as an adult when camping with a D of E group in the Peak District is still vivid: the surprise, followed by dismay at the realisation that breakfast would have to be cooked amidst the white stuff, and snowy tents packed into rucksacks and carried; the misery of one student who realised that the boots he had left outside were now frozen but would have to be worn for the day’s walk that lay ahead. From the same morning, however, I can also remember the youthful exuberance of the snowball fight that inevitably accompanied the packing up of the snowy tents and the recognition by the owner of the boots that if boots had been left outside the tent, responsibility could lie only with one person.  He took it on the chin and learned a lesson, with a wry smile.  Character-forming it certainly was, and in all the best ways because that morning certainly presented challenges, but the group learned that they could pull themselves through nonetheless, and my respect for them grew accordingly. When we talk about character in this context, we are sketching an idea about the inner strength a person has to draw on, the experiences that have shaped them and given them emotional resources and reserves of stamina to sustain them through difficulty.

Anxiety cripples so many of us, young and old. In some cases it can hold us back from joining in with even the most apparently simple of activities.  In Nadiya’s case of course the fear was of something very real – the cruelty of the bullies, and the danger of illness touching those she loved. Often, however, the dread that can be so miserably paralysing springs from a fear of something that cannot be defined.  We all know the horror of fear of failure, but cannot always be clear about what that failure might look like. A child might be afraid to sit a test because they fear doing badly. What will that mean? For a small number of course that fear may be a very real one, of harsh words or worse at home. For the majority the concern is more likely to be about disappointing those whose good opinion they care about, or perhaps embarrassment and a sense of regret. Some will dread the possibility of the mind going blank when faced by the question paper. Some will know that they find it hard to write quickly or to think out an answer logically. These fears, however, are not reasons for not sitting the test. The fears have to be faced, understood and managed. Experiences such as a D of E expedition or an outdoor education week may create situations that are to a certain extent artificial, but they force us to ask the question, what is the worst that can happen? The worst might mean getting lost, for a while. It might involve looking foolish for a moment. It might mean having to find one’s own way out of a problem, confronting physical limitations or experiencing discomfort such as wet boots. Unless something has gone seriously wrong, however, none of these challenges will be long-lasting. You may capsize your dinghy, but you will learn that you can also get back in and carry on. Your hair may look a mess, but no-one else will look any tidier, and hopefully you will realise that having fun is far more important. When we know what we are afraid of we can take steps either to minimise a hazard or to avoid the danger completely by planning and practice. Sometimes of course the unexpected occurs, like waking up in the snow, and then you realise that perhaps, while far from ideal, it is possible to make the best of even challenging conditions. The worst that could happen usually isn’t that bad after all.

When the Lower 5 girls returned from their Bronze D of E practice expeditions a couple of weeks ago, they immediately had a de-briefing session, to help them to reflect on their experiences and guide them to think about future route-planning in the light of what they had learned. In school we are proud to celebrate the achievements and successes of our girls, in national and local competitions, sports events and examinations. Nonetheless we owe young people the opportunity to make mistakes, to face real challenges, and sometimes, yes, to fail. We hope that by enabling them to experience disappointment and challenge in an age-appropriate way, to help them to avoid it when it may have more serious consequences, in an exam for example, or to be better equipped when less manageable difficulties face them. When we have tested our own limitations, physically and emotionally, by encountering obstacles and finding our own way around or over them, we understand our capabilities so much better. We discover reserves of stamina or courage, resourcefulness or humour. The experiences that challenge us create the texture in our lives that become ‘character’ if we reflect on them constructively. We develop the capacity to face our fears, to name them and to work a way through them. None of this of course can prevent the cruelty of a bully, or protect us from tragedy if it strikes in a family, and I would not want to suggest that there is a simple answer to mental health difficulties either. In school, and as parents, however, we can strive to engender a mindset that recognises how to respond to adversity and the reassurance that one has inner resources on which to draw.