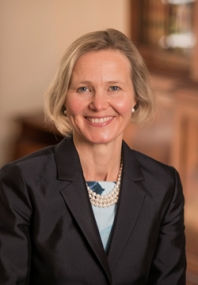 The second half of this term has been an immensely busy and productive time across the school. Barely a week seems to have passed without hearing about success in the STEM field. At the end of October two teams entered the regional round of the UK Space Design Competition. After a very long and testing day we were delighted to hear that one of our teams had won, and qualified for the national event which will be held in London in March. I know they are working hard on their designs and we wish them well. The Remove and Lower 4 girls who attend Young Engineers have been preparing all term for the First Lego League competition, which was held at Edinburgh College on 11th December. They thoroughly enjoyed themselves and the Remove team collected a Design award for Best Robot at the event. I know that plans are being hatched for next year already… We have also just heard that two of our Lower 6 students have qualified for the Big Bang Fair in Birmingham in March with their idea for a water-powered flood barrier, which they have developed using recycled materials. We are very proud of all of these girls, whose creativity, ingenuity and teamworking skills have been at the fore in all their achievements. If stereotypes persist in STEM, St George’s girls are clearly undeterred and will be instrumental in shaping a new world view in coming years.

As I write we are in mid concert and Carol Service season. The Junior and Lower School girls gave us beautiful music and singing last Tuesday at their concert, while on Thursday afternoon Murrayfield Parish Church hosted us for the moving and uplifting Lower School Carol Service. Primary 3 to 5 girls sang their hearts out on Friday in their musical nativity, which left everyone in the audience smiling. The Primary 1 and 2 girls who were watching them had performed impressively at the end of the previous week in their own nativity. Just at the very end of term the Nursery children charmed us all with their joyful performance of Everyone Loves a Baby in the Robertson Music Centre. The Upper School Concert on Monday evening was a delight; there was barely room on the stage for the combined Senior Orchestra and Concert Band. Our three Upper 6 pipers will be leaving us at the end of this session, and we thank them for their rousing contribution to so many events and concerts over the years. The Upper School Carol Service at St Giles’ Cathedral tomorrow promises to be as inspiring and moving as ever. All of these events are the result of many hours of rehearsal time, thoughtful planning and creative energy, and I am grateful to the girls and their teachers for the hard work and dedication that go towards making them such a special part of our shared school experience.

This year, in addition to the Young Musician of St George’s competition, we had the added treat of an evening dedicated to finding the Young Singer of St George’s. On both occasions the judges had the unenviable task of naming winners from groups where the standard of performance was extremely high. We were very grateful to Kirby Kelman and Neil Metcalfe for their discerning and encouraging feedback to all the participants and delighted for Imogen and Louise who were named Young Singer and Young Musician respectively.

It has been my great pleasure in the last few weeks to watch our Upper School students performing both on the St George’s stage in Little Women and at Merchiston Castle School in their production of A Christmas Carol. Both plays showcased not only significant talent in performance but also the teamwork and cross-year collaboration that we value so highly. We were especially proud that Little Women was a student-led production and congratulate all concerned in its success. Rehearsals start next term for the Lower School musical, Annie, which I am sure will be a triumph.

We have seen some exciting achievements in sport this term as well. The 1st XI hockey team have progressed to the quarter final of the Scottish Cup and are drawn to play The Mary Erskine School in the quarter final at St George's on Thursday 30th January. A few days before that the Lower 5 A team will also play their quarter final game, at home against St Columba’s. In Netball the Senior squad were excited to progress to the Gold section of their Scottish Cup, where sadly they were beaten by a very strong team from Robert Gordon’s College. The girls were winners of the Netball Festival hosted at the Mary Erskine School, however, after a close final against Kilgraston. The Lower 5 netballers have made their way to the quarter final of the Silver section of the Scottish Cup and will play that match early next term. The Upper 4 team remain unbeaten this season and are looking forward to their game against Jordanhill in January, which will be the first knockout round in the Scottish Cup for their age group. We have also celebrated significant individual achievements in equestrian events, tennis, fencing, badminton and swimming over the course of the term and are very proud of all that the girls achieve, balancing as they do busy programmes of study and other co-curricular activities as well.

The final UCAS applications have been sent this week, and girls in Upper 6 are already receiving extremely encouraging offers, allowing them to start to look ahead to life beyond St George’s. I have thoroughly enjoyed my one-to-one meetings with them all this term; it has been inspiring to hear about their plans for the future, and to appreciate the careful research that they put into their applications. I know that they have been ably supported by their tutors, teachers and the Sixth Form team in this undertaking. They have also been keen to tell me about the sense of community that they have valued during their time at St George’s, the relationships that they have enjoyed with their teachers and the freedom to be themselves, which is exactly what we would hope for them.

Douglas were the deserving winners of House Glee 2019, showing spirit and an impressive level of organisation and creativity. Shortly before the first House took to the stage, however, the girls had been summoned into the Hall for an additional ‘assembly’. Long faces and dismay greeted Dr de Ville’s ‘announcement’ of changes to the SQA examination schedule, before Ms Lancaster dismissed this as Fake News and ushered in, to everyone’s delight, the Staff Nativity Play. It was very special to see the warmth, creativity and sense of fun that are at the heart of this school, expressed in the efforts of the staff and in the reception that the girls gave to every new character who appeared on the stage.

I wish you all a very happy and peaceful holiday. I hope that in the midst of travelling, shopping and entertaining you are able to have time to relax and to enjoy being together.