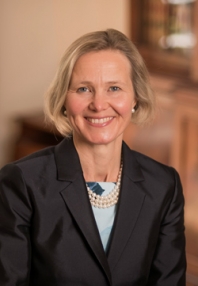 The Rights and Wrongs of Mobile Phones at School

There has been a great deal of discussion recently around the approaches that different schools take to the use of mobile phones. Some have expressed the view that banning phones has resulted in an improvement in academic achievement, while Jane Prescott, now President of the Girls’ Schools Association, advocates the ways in which phones can be used as positive tools to enhance learning, and points out that a ‘ban’ can often result in phone-use going underground where it is harder to monitor.  In practice I think that most schools operate a carefully thought-through happy medium, and the stark dichotomy in approaches that the headlines would suggest does not represent the nuanced and age-appropriate approach that schools do in fact take.

There is no question in my mind that the social media to which the phone provides access can be an immense distraction for young people. It is absorbing, potentially addictive and has the capacity to undermine self-confidence and body image. The opportunity for anonymity that it offers of course also plays into the hands of bullies. For these reasons at St George’s we do not allow unfettered mobile phone use at school. In Junior School and Lower School we recognise that some girls will bring a phone to school because they travel independently and they may need to contact a parent during their journey. They are asked to hand in their phones, or to keep them securely in their lockers throughout the day. In Upper School we expect all phones to be out of sight, in a bag or a locker during the working day. Girls should not be using their phones in corridors or classrooms during the lunch hour or at break time; these are social times and places and we make that very clear. In the same vein, phones are not allowed in the dining room at meal times, either during the day or for our boarders in Houldsworth at breakfast and supper. We do recognise, however, that a phone contains valuable technology which we would want to embrace positively where appropriate. Therefore, if the quickest way for a class in Upper School to do a search of the internet in a lesson is to invite girls to do that on their phones, then our teachers are free to do that. There is also plenty of excellent software that can be put to great use in a lesson, which again, girls can access on their phones very easily, but under the guidance and direction of a teacher. We want girls to recognise the positives that technology offers, but we also believe that it is up to us as teachers to establish the parameters within which phones are used. In this way we are modelling for them what is appropriate and constructive, but show clearly that the phone that is left out on the desk once its use has passed becomes a distraction and is not acceptable. We do have a different approach for our Sixth Form, who are allowed to use their phones in their Sixth Form Suite. When they come down the stairs into other parts of the school, however, they are role models for the younger girls and are expected to take that responsibility seriously.

We have clear sanctions for those who break these rules, and we give a great deal of time to educating girls about how to manage social media, their relationship with the law if they become involved in sharing inappropriate images and the importance of healthy sleep patterns, which can so often suffer when phone-use is out of control. That said we also take every opportunity to help girls to see what a wealth of opportunity is open to them in the field of technology and to provide them with the skills that they will need in order to flourish in their careers.