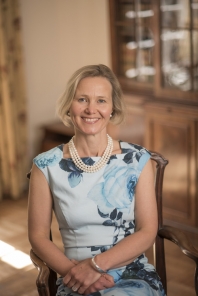 Shaping the Women of the Future

I have long seen it as the responsibility of those of us concerned with the education of the next generation of young women to ensure that they have the confidence they need to take up the space to which they are entitled in the world, and to do this as themselves, not as female replicas of successful men. This summer, St George’s will host a conference for our Sixth Form students, with the title Women of the Future: Leading and Living in the Twenty First Century.  I am delighted that our Keynote Speaker will be Yewande Akinola, named one of the UK’s top 35 women under the age of 35 by Management Today and recipient of the PRECIOUS AWARDS Outstanding Woman in STEM award, Yewande is an engineer, television presenter and academic. I hope that this event will open the eyes of our girls to the potential to determine for themselves what success will look like in their lives and to shape their careers in ways that none of their predecessors have done.

The last few weeks we have seen the announcement of two exciting new appointments that bring women into leading positions in the public life of our nation: Zara Mohammed is the first woman to be elected as the Secretary General of the Muslim Council of Britain. Human Rights lawyer and member of the board of the Scottish Refugee Council Debora Kayembe, who also serves with the office of the prosecutor at the International Criminal Court and the International Criminal Court Bar Association, will take up her position as the new Rector of Edinburgh University on 1st March. She will be the third woman to hold this post. "Respect for the values of humanity and kindness lies at the heart of all my work and I look forward to working with staff, students, and the whole university community, to ensure that everyone is valued."

A few weeks ago, I shared in an assembly my reflections on two books that I read over Christmas that had resonated deeply with me. The first – Work Like a Woman, by Mary Portas, one of the UK’s most high profile businesswomen is subtitled A Manifesto for Change. The second  Dear Madam President, an open letter to the women who will run the world, is by Jennifer Palmieri. She writes: ‘I didn’t see the new possibilities having a woman in the Oval Office would open up. We actually set out to prove that it didn’t matter that Hillary Clinton was a woman. And we did.  We showed that this woman could do the job of president as it had been done by every man before her – reducing her to a female facsimile of the qualities we expect to see in a male president.

But I now see that path robbed Hillary of something very valuable. Some measure of her own humanity, some of the qualities that were unique to her. Qualities we may not find in a male president.’

Both of these women write about identifying and remaining true to one’s values. Indeed for Mary Portas, recognition of these values was at the heart of an overhaul of her approach to work that has been fundamental to her success and to her life. ‘I was tough and aggressive. I put in long hours, was competitive and resilient, and I suppressed my natural energy, sensitivity and instinct. I worked like this until I couldn’t any longer.’

These two authors look ahead boldly and with confidence to a work culture of the future that will be much more shaped by women. This will not happen without a conscious effort, both from women currently in leading positions and from those who are just making their way now. As Mary Portas says, ‘It was time to work as I really was.’

Our leavers often tell me that St George’s has been a place where they have been able to be themselves. I believe that it is one of the great strengths of girls’ schools that we are places where girls are able to develop this sense of identity and grow in the confidence that they will need, not only to take their place in the world, but to shape a world where values such as humanity, kindness and sensitivity take a much more prominent place.