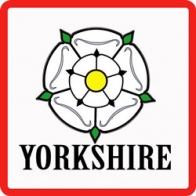 The first Yorkshire Rose Feis was held in Otley, Yorkshire this year in Prince Henry’s Grammar School on the 19 September. I went down on the Friday afternoon with three other girls from the dance school and my sister. As we arrived on the Friday we had time for a last practice session before the Saturday and a chance to go over our routines. The competition ran in age and ability order at the same time, so started with the youngest beginner girls and moved onto the more advanced ones for that age. As we were older we were only due to start dancing in the afternoon but the competition began to run 2 hours late due to results and prize giving taking a long time so we had a lot of time to practise and use the spacious school corridors for dancing. We got into our wigs, dresses and socks and lined up for our individual dances of which there were 6. In these I was lucky enough to get two 1sts, a 2nd, a 3rd and a 5th which I was really pleased with.

Later on we had the Trophy Reel Competition which is like a championship. For this you dance a shortened version of your reel to try and place on the podium. I came first in my championship which was amazing and all of the girls in our school placed on the podium in that age division. It was a really good weekend and as we went with friends it was even better. We hope this will become an annual event and I would love to go next year too!