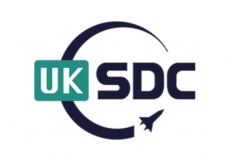 On Saturday 2nd November, two teams from St George's, the Dragons and the Unicorns, took part in the Scottish regional heat of the UK Space Design Competition. Students arrived early and were provided with some training and a brief to design a mining settlement called Astoria within the asteroid belt in the futuristic setting of 2077. Each team formed a company and were required to bid for the contract to construct and run the settlement which would support around 600 miners and astronauts. The teams had 8 hours to meet all the design requirements, working in sub-teams to consider every aspect of the mission.

The teams were given 20 minutes to present their pitch, Dragon's Den style, to the judges. The girls were then rigorously questioned on several aspects of their concept and underlying Science. Both teams gave excellent presentations as the product of much hard work and innovation during the day. The Dragons, led by Flora, came out overall competition winners. This team will now progress to the National Finals in March 2020.