The Fine art of Debate Seems Lost on our Rowdy Politicians 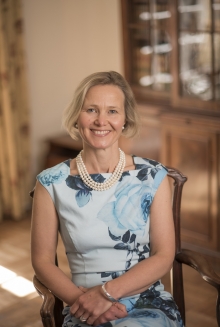 Being able to debate is an art form. A skilled debater must be able to articulate not only their views but the views of others.

The fiery exchanges observed in the Commons in recent weeks have provided a textbook example of unhealthy debate and highlight the dangers of using inflammatory language in public life. In such volatile times, we need to pay close attention to what we say and how we say it – lessons that can be learned from the art of debate.

As the head teacher of an all-girls school, I champion the practice of debate for its many benefits, beyond simply being able to assert one’s opinions.

The formal structure of debate, and the discipline of addressing the Chair and one’s opponents or fellow delegates appropriately, is immensely valuable. Inevitably some topics for debate will be more emotive than others – the topic of Brexit fuelling the heat of current arguments – but a properly run debate requires all concerned to show respect for the views of their opposition. Chairs should not allow personal comments or slurs – a debate is not a slanging match, despite what we have observed in public life.

Successful debating teaches us how to organise our thoughts clearly and logically, using the structure of your argument as much as the language deployed, to persuade and impress. Debaters learn how to convey a message succinctly and powerfully, how to use examples and how to choose their words for the best effect. They learn how to give expression to their ideas accurately and precisely, and they gain confidence from doing so. There is of course pressure to perform in a debate, and this is excellent training for future life, where public performance and the ability to remain calm under pressure are crucial.

Perhaps just as important, debating requires participants to listen attentively, to pay attention to detail not only in what they say but what is said by others – they need to be in “receive” mode as much as they are in “transmit”.

At school, I champion the use of positive language and empathy. Being able to respond positively to pressure and to remain confident in the expression of one’s views without becoming belligerent are very valuable skills for our students to learn. This is about being assertive, but not aggressive.

I have observed first-hand the expansion of our students’ worldviews through their participation in debate. It is easy to over-simplify complex issues and suggest that a crudely binary choice is all that is available. Social media has facilitated this, and many so-called debates on Twitter, for example, are unedifying and dangerous. Far from opening up debate, the use of inflammatory language can close it down. This creates a situation where it will become harder to find a middle ground and arriving at a consensus or compromise will be near on impossible. Through participating in debates where they must anticipate the argument of their opposition, we see our girls’ perception of the world expand.

Perhaps our Westminster politicians would do well to remind themselves of the core principles of the art of debate before heading into the Chamber.

Read more articles by Alex Hems by visiting her blog.