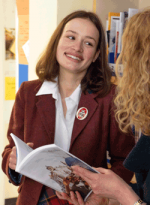 'I joined St George's in Primary 3 when my family relocated from Birmingham. We looked at other Edinburgh schools but decided we liked the smaller size of St George's and the fact it was a girls' school. I do think that school life has been easier for me without the distraction of boys at school. I am confident and happy to have a go at everything. For my Highers I studied Maths, English, Chemistry, History and Latin. When I moved to Upper 6, I knew that my interests were in Latin and Classics, and I took Latin, English and History for my Advanced Highers'... Read Daisy's full story. 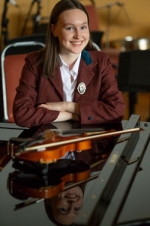 'I’ve been at St George’s for five years. I joined from a small prep school in the Borders. My parents and I visited a couple of schools in Edinburgh, and I decided on St George’s. My grandmother had been a pupil at neighbouring girls’ school, Lansdowne House, before the war, so we had a small connection. Coming from a small school which had a strong sense of community, it was great that I quickly developed a feeling of belonging. This school has a fantastic, supportive and close-knit community'... Read Morven's  full story 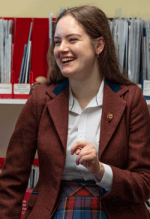 'My mother is an old St George’s girl so it seemed natural that I would follow in her footsteps and I started here in the Nursery. My brother was here in the Nursery as well and then moved to Edinburgh Academy. Over the years I’ve enjoyed making friends across different age and friendship groups. Now I’m finishing my final year I feel as though all these groups have come together and I realise how much I value these friendships. I have a great network of friends with different interests and passions.' Read Emma's full story. 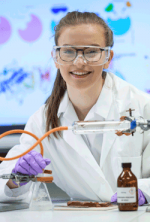 ‘I started here in the Nursery. My parents were sold on the idea of a single-sex education. They felt that there would be fewer distractions without boys and less stereotyping in subjects. They also liked the size of the school; it is much smaller than some of the other options in Edinburgh. I’m happy they chose here. If I had been at a co-ed school, I’m not sure I would have gone down the science route. It is just not as common to see girls doing all the sciences as it is here.' Read Morgan's full story. 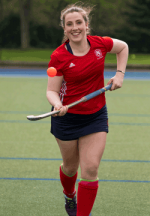 ‘I like the friendly, close-knit community of St George’s girls and teachers that is always there for you. All you need to do is be the best version of yourself, and everyone will want to help you. St George’s is the perfect place to begin and leave from. My teachers have supported me throughout my time from Nursery to Upper 6. Over the years every one of them has said that I had the ability, and it was up to me to grab the opportunities and to make the most of them.' Read Mirren's full story. 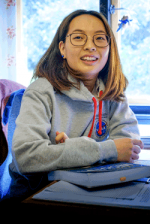 ‘I am finishing my fifth year at St George’s having started as a boarder in Upper 4 when I was 14 years old. I‘m from Hong Kong. My parents both work for the Hong Kong Police Force and a work colleague recommended St George’s to them. My parents wanted to move me from my school in Hong Kong as I wasn’t focusing on my studies and they thought I might be more suited to a different environment. I found my old school quite stressful and very competitive.' Read Edith's full story.