About Us » Academic Departments » Elizabeth McKeon - Soprano and Music Teacher 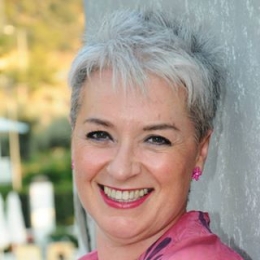 Popular Edinburgh based soprano Elizabeth has performed throughout the UK for over 25 years. Her varied repertoire ranges from opera and classical to musical theatre and popular styles. She has taught music for over 20 years in schools in Midlothian and also privately from home.  She also now runs the successful Penicuik Community Choir with her husband.

Elizabeth studied singing at The Royal Scottish Academy of Music & Drama with Patricia Boyer-Kelly and Patricia McMahon.  During her time at the Academy, she won many prizes and scholarships including the Mary D. Adams, The Jean Highgate and Margaret Dick Scholarships, The Lieder Prize, The Academy Soprano Prize and the Scots Song Prize.  She graduated in 1985 with a B.A. Mus. Perf.

Following two years at the Academy’s opera School, Elizabeth spent a further year of post-graduate study with Johanna Peters at the Guildhall School of Music in London with the help of a Caird Travelling Scholarship.  In 1988 she won the National Mozart Competition.

Elizabeth has extensive experience in opera, song recital, oratorio and light music.  She has made several broadcasts including  guest appearances with the BBC Scottish Symphony Orchestra.