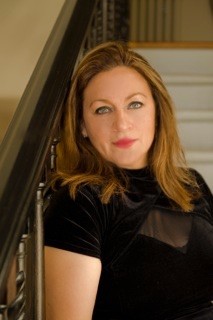 Soprano Simone Sahyouni studied at the RSAMD where she obtained a B.A. (Hons.) degree in Musical Studies Performance. Following this, she toured Lebanon as guest soloist with the ‘Baroque Ensemble du Liban’ and was invited to perform a world premiere piece by Jamal Abul Hosn at the Sidon and Tyr Roman Ruin Music Festival, which was broadcast live on Arab satellite television along with several other televised solo recitals.

In the UK, she toured England with Live Music Now and has performed in all the major venues of Scotland.

Performances of Mahler’s 4th Symphony, an Edinburgh Festival sell-out concert of Mozart’s ‘Requiem’, Verdi’s  ‘Requiem’, Strauss’ ‘Four Last Songs’ in the Caird Hall and an Opera Gala Evening with the Orchestra of the Canongait among several other oratorio performances.

She has done recordings in Freiberg, and Lebanon, which have been broadcast on Radio Iceland, BBC radio 3 and Tele Liban.

She currently pursues a demanding schedule as a singing teacher and music arranger, dividing her time between St George’s, Merchiston Castle, and two Edinburgh Region high schools and regularly seeks to promote her top pupils in concerts at Canongate Kirk, St Gile’s Cathedral and St John the Evangelist church.