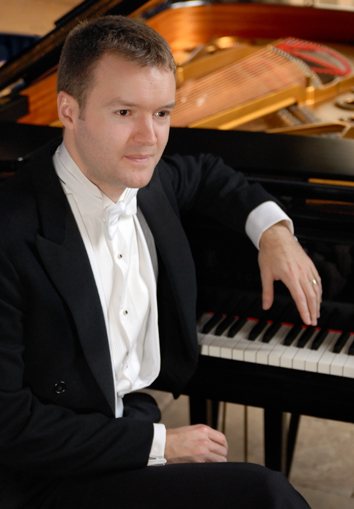 Robin was awarded the Sir Thomas Beecham Scholarship to study music at the University of Edinburgh, graduating with a first class honours degree. Having then won a Fraser Scholarship and awards from the Countess of Munster Musical Trust, he was awarded places at both the Royal College of Music (RCM) to study piano, and at the Royal Academy of Music (RAM) to study composition.

Robin has enjoyed a playing career as recital soloist, accompanist, orchestral pianist and celeste and ensemble player both throughout the UK and in Europe, and has won prestigious prizes at national and international level. He has worked across Scotland with the Royal Scottish National Orchestra and has performed three times as a concerto soloist with the Scottish Sinfonia Orchestra. Robin has recorded for radio, and has appeared on the soundtrack of a BAFTA and Oscar nominated film.

Robin is on the instrumental teaching staff at St George’s School for Girls and George Watson’s College . He maintains an interest in composing, singing, and in his second study of timpani and percussion.