About Us » Academic Departments » Mr Roddy Long – Head of Strings, Violin and Viola 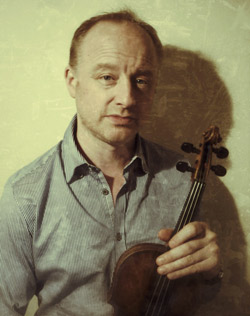 Roderick Long was born in Edinburgh and at the age of sixteen won an Associated Board Scholarship which enabled him to study the violin at the Royal College of Music in London with Jaroslav Vanecek.

Following studies at the Aspen Music School in Colorado he was subsequently awarded a Lincoln Centre scholarship to study at the Juilliard School in New York and has taken part in masterclasses with Dorothy Delay.

Roderick has worked as a violinist with many leading ensembles including the Scottish Chamber Orchestra, Scottish Ensemble, Edinburgh Quartet, Halle, Northern Sinfonia, Northern Ballet, English Symphony and String Orchestras and the Northern Ballet Orchestra. He appears frequently as a soloist and chamber musician and in this capacity has broadcast on BBC Radio. He has also worked in many different mediums of music and crossover styles with artists as diverse as Ally Bain, Phil Cunningham, Capercaillie, Dougie McLean, Horse, Mogwai, Lorna Luft and Lyle Lovatt.

He is passionate about music education and has worked frequently as a conductor and orchestral coach for the National Youth Orchestras of Scotland, Scottish Schools Orchestra Trust and West Schools Orchestra Course. He is Head of Strings at St George's School for Girls and Principal Violin Teacher at Fettes College. In the summer of 2014 he travelled to Bosnia to work with and teach children affected by the flooding there.