About Us » Academic Departments » Mrs Sue Hughes – Flute and Theory 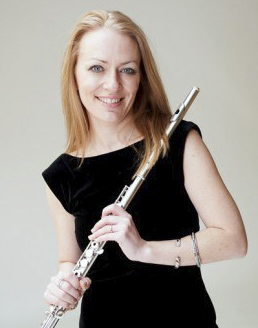 Sue Hughes started playing the flute at the age of 10, and went on to study at the Royal Scottish Academy of Music and Drama (RSAMD, now the Royal Conservatoire of Scotland).  Sue gained a BA (Musical Studies) and a MMus (Flute Performance, RSAMD), spending a short spell of her studies at the Rimsky-Korsakov St. Petersburg state conservatory, Russia.

In parallel to her orchestral playing career Sue performs as part of the Sue Evans Flute and Harp duo. Sue has been teaching Flute and Music Theory since 1996 at St George’s. She also conducts / directs the Senior and Lower School Flute ensembles.