On Friday we made mince pies. They were very yummy even though they didn’t look very nice. We thought we might have accidentally burned them, but the taste test proved we didn’t and we were very happy!

First, we mixed the flour and butter together to make breadcrumbs, then added sugar and eggs, and made lots of pastry. We rolled it out which took us about half an hour because we kept tearing the pastry. We cut out the pastry and laid them out on our tray, we spooned the Christmas mince in, being very generous and used up most of our massive jar! Then we made the lids and I brushed all of them with egg and made a cross on the top. When they were baking we started to tidy up which took ages because flour had gone EVERYWHERE! But it was all worth it in the end because they were absolutely fabulous! 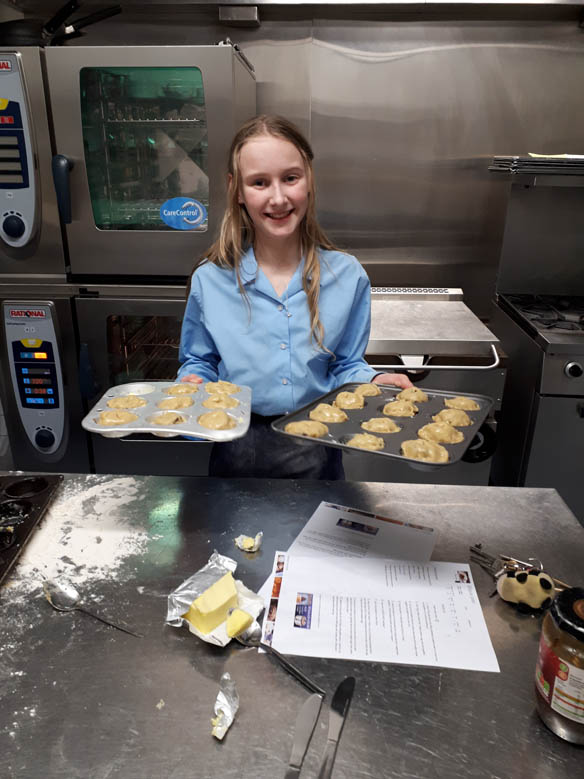