We made baked apples on Friday 1 March, which is something I’ve never tried before. We needed cinnamon, sugar, currants, butter, orange juice and, of course, apples. We took the middle out of the apples and then put a mix of currants, sugar and cinnamon in the hole, then we made an orange juice syrup and poured it over the top so they were all lying in the juice in the tray.

When they went in the oven they started to turn a golden colour and the skins split a little bit. They tasted sweet and sour at the same time, the apples had become very soft and mushy but the currants were still very chewy! I really liked them, even more so when we put ice cream with them! It was great fun baking the apples - I would love to learn how to make chocolate cake next time! 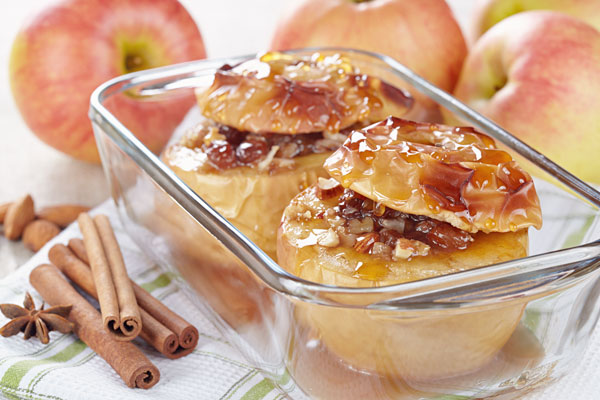