Although the weather was not in our favour, the spirits were high for the St George's Primary 7 Netball Tournament. With seven teams competing in a round robin format, both St George's pink and blue teams played some great netball, working well and learning from all the matches that they played. The St George's pink team won the tournament with a clean sweep of matches, with George Watson's College finishing in second place. 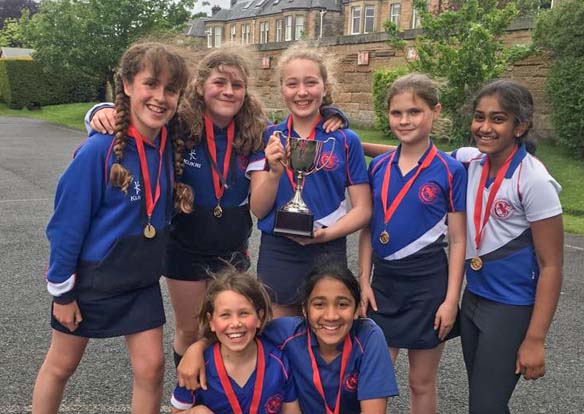