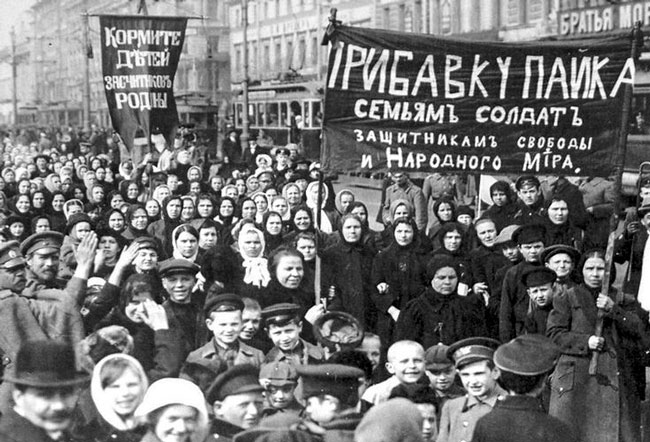 100 years ago, a demonstration of female textile workers began in Petrograd, Russia. Four days later, Tsar Nicholas the Second was forced to abdicate, and shortly afterwards, the provisional government granted the vote to women. This was the last day in February, or – due to the different calendars – the 8th March in the rest of Europe.

It difficult to trace the exact origins of International Women’s Day, with Germany, the States and Russia all being credited with beginning the annual celebration of women’s rights and achievements. It is perhaps surprising, that few protests have been organised on the 8th March, with the likes of A Day without Women becoming only a recent phenomenon. Twenty seven countries, predominately-former Soviet republics, have declared it a public holiday, and across the world, cultural, social and political events are held to mark the occasion.

Yet living in the UK, it is easy to miss this date. Sandwiched between the mega chocolate-flowers-and-cards Valentine’s Day and Mother’s day, it often seems to get lost.

Moreover, it can be easy to celebrate something for a day: hold a sign, congratulate women for something, and then forget about it. Women are still earning considerably less than men and facing discrimination in many areas such as a dress code: being forced to stumble around in outrageous heels and dolled-up makeup and hair – one UK company was recently cited with the criticism that a female employee was told to dye her hair blond!

International Women’s Day is not a celebration of women’s equality, but rather, it is one, which celebrates their continual struggle to obtain it. Like all celebrations that have a profound meaning, whether it is unconditional giving at Christmas or loving on Valentine’s Day, we hope that it goes on beyond that one day. Even if it means that we need to give each other a bit of a push.

If you haven’t got your spring issue of IW, please remember you can still buy it from the Upper School Library.