For the P6 Halloween Party I dressed up as a cat. Many girls had dressed up but I think my favourite was a zombie schoolgirl costume, her makeup was brilliant and she had used gory effects on her face. We played lots of different activities: bobbing for apples, corners, musical statues and pin the bow tie on the skeleton but I think my favourite was the ‘Mummy dressing’ game. I was the mummy and got wrapped up in two rolls of toilet paper! I was so excited to win the dance competition - I won a big box of Maltesers, which was very exciting.

We had a great time at the Upper 4 Halloween social, the music was so good and we loved dressing up. Our costumes were the ‘Queen of Hell’ and a vampire. We used liquid latex for the ‘Queen of Hell’ to create a scar through my face and then added liquid blood and red face paint too. It had a such a cool effect and we both used the liquid blood to make our costumes. I was a vampire; I had fake fangs, blood and a gothic dress. It was good to socialise with another school and see some friends from Merchiston. We danced the Macarena and ended the night to the song 500 Miles, which was such a great ending. We cannot wait for the next social! 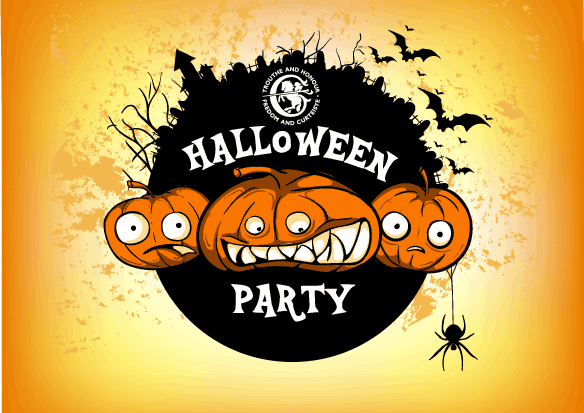