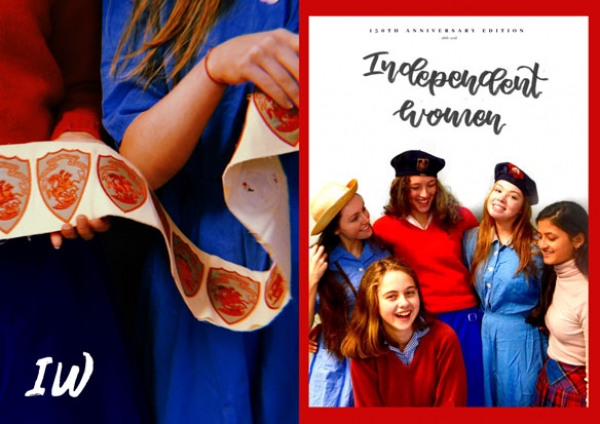 The Independent Women team are pleased to announce that their 130th anniversary special edition will be on sale next week.  The Upper 5 year group spent time on Founders' Day in the archives and with the help of our archivist and their English teachers, have created a magazine in celebration of 130 years of St George's School.

The four U5 teams took four key eras - 1888 - the year of the school's founding, 1918 the end of the First World War, 1948, a few years after the end of the Second World War and the school's evacuation, and 1988, the year of the Queen's visit and the school's centenary.  The different teams highlighted both the social issues of their era, as well as how the experience of school life has changed.  They also used some of the photographs and information as stimuli for imaginative work.

It is wonderful to think that the school has been producing a magazine since its earliest cohort entered the school and the U5 class of 1892 were instrumental in beginning, 'hesitantly' their first foray into journalism. Then, they called the magazine The Chronicle, it became The Wallpaper towards the end of the last century and now we call it Independent Women.  But through each reinvention it has maintained the magazine's original purpose to speak clearly to the school community about the concerns of its students.

We hope you all enjoy the special edition and celebrate with us the amazing life of St George's School and the pioneering women who had the vision to lead and inspire the girls in their care.

The magazine will be available in the Crush Hall at break and lunch on Monday 17, Tuesday 18 and Wednesday 19 Dec and costs £1.