The S3 East District tournament, organised by St George's, was contested by 12 teams including both Lower 5 'A' and 'B' from St George's.  The 'B' team performed well in the pool section, getting a 1-1 draw with Firrhill High School as well as some narrow defeats, particularly against Edinburgh Academy and Boroughmuir.  Unfortunately, the results meant the team just missed out on progressing to the plate semi-finals.

The 'A' team recorded 2-0 wins against Boroughmuir, Firrhill and St George's 'B', as well as a 1-0 victory over Edinburgh Academy.  The final pool game was a 0-0 draw with Heriot's and as a result the girls progressed to the semi-final.  They faced a very strong Mary Erskine team and performed brilliantly to draw 0-0, leading to running penalties.  Despite a great effort, the girls lost out 4-3 after seven penalties each.  Well done to all players involved and to the Upper 6 Sports Leaders who helped run the tournament. 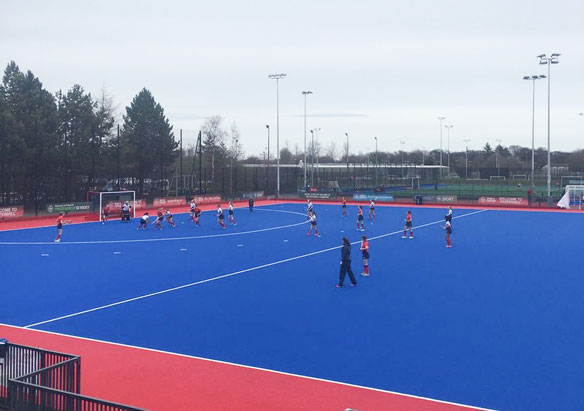