Friday March 8th was International Women’s Day, a global day which celebrates the social, economic, cultural and political achievements of women. This year the theme was Balance for better-aiming to raise awareness against bias and promote, enforce, and advocate gender equality.

We hosted an assembly discussing how far women’s rights have come, exemplified by the many inspirational women who fight gender inequality and stereotypes daily. A prime example is Anne Aaron who has worked her way up to become director of Video Algorithms at Netflix. She leads a team of software engineers and research scientists. They make the software that enables more than 86 million Netflix members worldwide to watch streaming with the best possible quality. We all love Netflix, so Anne Aaron was especially interesting to learn about!

We will use this poster to remind us to continue striving for equality and to show us that we can indeed achieve anything we want to! 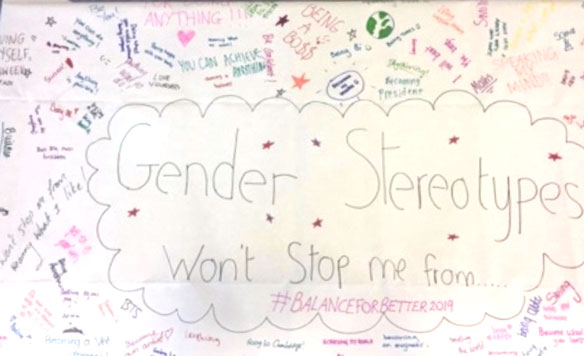