Netball Scottish Cup Round Up 2019

It has been another very successful season for the St George's netball teams participating in the Scottish Cup. The Lower 4s, Upper 4s and Senior girls have all had teams involved in their age groups and they all managed to progress to at least the quarter final stage. The preliminary rounds are regional, and we always face some tough competition from schools around Edinburgh and the Lothians.

The Lower 4s were undefeated in the preliminaries and therefore progressed to the Gold section of the cup. They faced Stewarton Academy in the third round and played some of their best netball of the season to progress to the Quarter Finals. Unfortunately, their cup run was cut short by Peebles High School, the eventual winners of the tournament, who are a very experienced school group and will participate in the world school games later this year. The St George's girls put up a great fight and should be extremely proud of how well they did in their first year of this competition.

The Upper 4s progressed into the Gold section of the cup after winning all of their preliminary matches against James Gillespies' and North Berwick High School. They then made the trip to Peebles and were put out by a very experienced team after another hard-fought performance. The girls are now very determined next year to see if they can go beyond the Quarter Final stage.

The Senior girls made up of Upper 5 and Lower 6 students did very well to progress to the silver section of the cup. These girls faced an extremely competitive preliminary round with teams from Firhill, Holyrood, Fernihill and Paisley Grammar. After winning two out of two, they met Castlehead High School from Paisley in the third round. It was a convincing win and the girls played some excellent netball. Moving onto the Quarter Finals, the girls had a very evenly matched game against Robert Gordon's College. It went goal for goal in the first half and then the St George's team managed to pull away. There was some impressive defensive play and very accurate shooting to secure the win. The girls then made the journey to Strathallan for the semi-finals. They prepared extremely well for this but unfortunately on the day were beaten by a much more experienced and well-practiced team. The positive thing for these girls is that they will have another year to play together in this age group and perhaps aim to reach the finals next year. Well done to all the girls for all their commitment and hard work over the season. 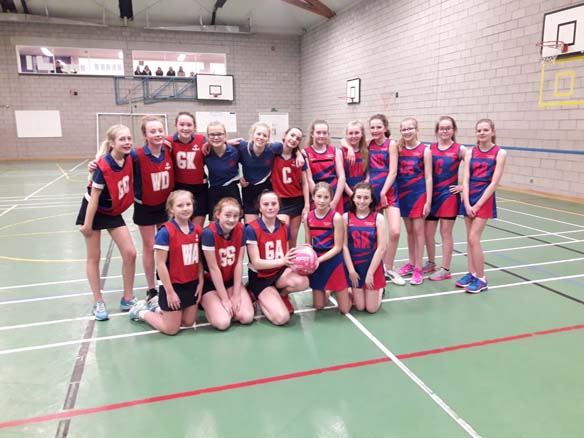