Following my Scottish School's Primary championship win last year, I became the U14 Scottish Schools Secondary Champion, beating Brooke (U15 National champion) in the final. Throughout the weekend I played some tough matches, beating Ishbel and Katrina in quarters and semifinals in straight sets. I was able to progress to the finals without losing a set. The score line in the final was very close: 21-13 21-17 21-14 and Brooke came back strongly in the third, however I managed to stay focused to win the match. It was a close, tiring match but I was very happy that I was able to come out on top. This was my first win against her after playing more than 20 plus matches.

I paired with Maithili in Lower 5 in the doubles. Maithili and I played well without losing a game until the finals, where we won the first set but unfortunately lost the second two sets to Jess and Lois who were the stronger players on the day. Overall, we finished runners up which we thought was a great achievement, having played an older age group. 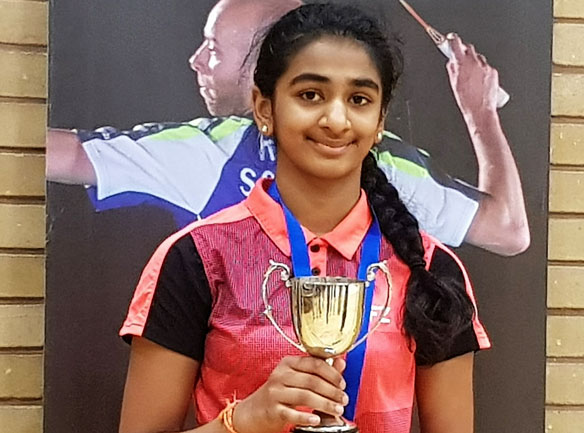