A Primary 6 and Remove combined team attended the annual Edinburgh Primary Schools Sport Association Interscholastic athletics competition on Monday. There were strong performances from the entire squad with the Remove relay team of Susanna, Maighdlin, Rachel and Anna narrowly missing the final. Susanna and Rachel performed well but missed the final in 80m and cricket ball throw respectively. Finally, for the Removes Anna ran well to reach the final of the 600m and had a solid run in the final. For the Primary 6s the relay team of Abi, Lottie, Hannah and Mairi came third. While Abi doubled up and came an impressive second in the 80m. Well done to the whole squad! 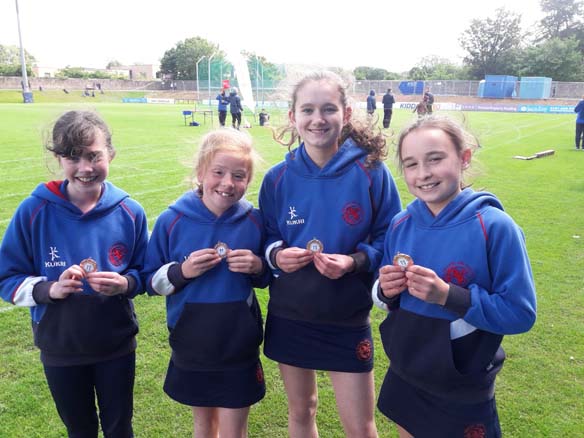