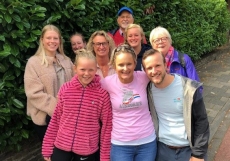 Two weeks ago I went to a small town called Oosterbeek in the Netherlands. This is where my mum’s family come from. 75 years ago, there was a famous battle called the battle of Arnhem. Actually, the army called it Operation Market Garden.

Operation Market Garden saw more than 35,000 British, Polish and American paratroopers and gliders dropped into the Netherlands in order to secure key bridges across the river Rhine in a daring, but ultimately doomed, bid to win the second world war before Christmas 1944.

Although British paratroopers reached the bridge at morning and seized one end of it, they were heavily outnumbered by the enemy, in particular an SS Panzer tank division they did not expect to be there. What ensued was a battle that cost many lives. 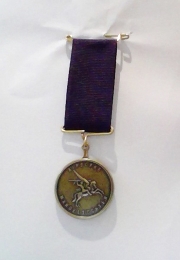 Every year the people of Oosterbeek remember the battle. My family have always been involved with this. My cousins place flowers on the graves of the soldiers who died. My family always take part in the ‘Wandeltocht’. This is a walk that my family and I walked two weeks ago. It is a choice between 10 miles and 40 miles that you can walk; we chose 10, and we walked around the graveyards. If you walk 40 you walk around the fields that the paratroopers were dropped in. Nowadays there are lots of bands playing music and families walking together. Lots of people walk this every year. This year I saw someone with a T-shirt saying this was the 71st walk!

When my mum was a little girl and this walk took place, lots of paratroopers came. Nowadays there were only seven because most others passed away sadly. Everybody marches past them and the bands play for them. This year there was a pipe band playing - one of the paratroopers stood up and was very touched by this, but would you believe that the pipe band was from Zwolle in Holland!