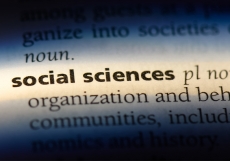 It has been a busy few weeks in the Faculty of Social Sciences. Our younger students are recently back from a highly successful and educational visit to Athens with the Classics Department, enjoyed in beautiful autumn sunshine, with highlights including the Acropolis, the Corinth Canal, Delphi, and the Epidauros Theatre. Half term also proved a busy time in politics. Our students of Modern Studies are following the events of the Brexit debate closely, and – in case we thought that was enough – the beginnings of the General Election campaign. In Lower School and in Upper School, the 24/7 clubs have been discussing issues such as the post-Brexit economy. We are very proud that Folake (Remove) has taken part this week in the fifth national sitting of the Children’s Parliament, contributing to international discussions surrounding children’s rights, thirty years on from the adoption of the UN Convention on the Rights of the Child and asking the Scottish Parliament to reflect on the advances we have made in that period.

Students studying Advanced Higher Modern Studies benefited before half term from a visit from Nancy Loucks, Visiting Professor at Strathclyde Law School’s Centre for Law, Crime and Justice and Chief Executive of Families Outside, and Helen Graham, also of Families Outside - both former St. George’s parents - whose generous giving of their time allowed our students to conduct some of their primary research for their dissertations in a group discussion. Students are looking forward to meeting Professor Loucks again and to taking part in workshops to enhance their understanding of the criminal justice system, penal policy, and rehabilitation at the forthcoming Advanced Higher Modern Studies Conference at George Watson’s College. Interest in Geography has been boosted by a series of lunchtime talks this week on a range of topics. Mrs. Macaulay Orr’s presentation entitled Life in Lagos gave students a greater insight into current life in Lagos as well as how the city has changed in recent years. Discussion afterwards covered a range of topics including inward migration, Nollywood, the current political landscape across Nigeria and the impact of environmental damage caused by the oil industry. There have also been presentations this week from our Advanced Higher Geography students on current, controversial geographical issues. Their topics - which will form the focus of extended written pieces - include Boko Haram, corruption in South Africa and veganism and have increased the awareness and broadened the horizons of those who attended. Those studying Higher and Advanced Higher Economics have taken part in a conference focusing on behavioural economics, examining Nudge Theory and the role of Fake News in shaping economic behaviour. They were also given some useful examination tips and advice about potential career paths in the field of Economics.

The History Department is settling into its newly decorated suite of rooms in the M corridor and are enjoying sharing them with our usual contingent of student visitors and helpers. Following their successful learning programme and visit to Auschwitz-Birkenau conducted by the Lessons from Auschwitz project, Saffron (U6) and Isobel (L6) are planning how to spread the knowledge they have gained about the Holocaust to other students. Meanwhile, students taking Higher History have benefited this week from attending a conference on the Scottish Wars of Independence, with presentations on the Great Cause, Wallace and Bruce. They enjoyed meeting students from our neighbouring schools studying the course and sharing ideas, a break from their intensive preparations for their Higher assignment in December. We will lead the school in Remembrance assemblies in Lower and Upper School on Monday 11 November, commemorating the centenary of the start of such collective acts of remembrance in 1919 and highlighting to students that “the war to end all wars” was followed in 1939 by a second world war and, more recently, in 1979 by the start of a war in Afghanistan that has had a lasting and ongoing impact around the world.