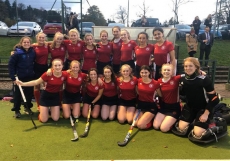 On Thursday 21st November the 1st XI travelled to Kelvinside Academy for their second-round Scottish Cup tie. After a very long journey and late arrival due to traffic, the girls did well to start the game strongly. St George’s dominated the first half but without troubling the scoreboard – 0-0 at half time. In the second half St George’s increased the pressure and won a number of penalty corners and were unlucky not to take the lead. The goal finally came with 2 minutes to go from Amy (Lower 6), much to the relief of the team. Well done to the team, who now face The Mary Erskine School at home in the Quarter Final. 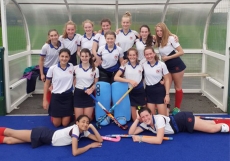 The Lower 5 A team travelled to George Watson’s College on Thursday 28th November for the East Cup semi-final. The girls put in a great team performance throughout the game and had the best of the pressure and chances to score. Unfortunately, George Watson’s came away with a 1-0 win in a tight game – we wish them well in the final! 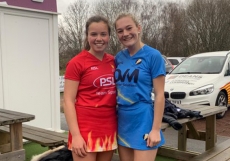 Well done to Georgie (Lower 6) and Emma (Upper 6) who were selected for Scottish Hockey’s Academy Series, which took place on the weekend of Saturday 23rd November. The teams consisted of the best U18 players in the country and Georgie represented Dundee Devils, while Emma played for Edinburgh Lightning.

In addition, Emma was selected for the Development (U21) series the following weekend, also for Edinburgh Lightning.  Unfortunately, this event was postponed due to bad weather. Well done girls!