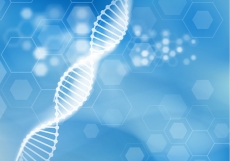 Congratulations to former student Anushka, leaver 2019, for her role as part of the team of research scientists who have just had their research paper on Ovarian Cancer submitted for publication. Anushka has been working this year at The Institute of Genetics and Molecular Medicine at the Western General in Edinburgh as part of her gap year before starting at Cambridge University this autumn to read Medicine.

Anushka told us that the main statistical tool used to analyse associations between different parameters in this study was the Chi-squared test and that her Sixth Form statistics lessons at St George's came in immensely useful when performing this data analysis.