The Republic of Congo, and the DRC

The Congo is confusing because there is a Republic of Congo (also known as Congo-Brazzaville)  to the west, where Ouesso is (where the teams stayed overnight), and then The DRC (The Democratic Repulic of The Congo) to the East. The teams travelled through both today. These are vast nations in Africa, taking in much of the interior.

As both countries straddle the equator, we, as Geographers, know what to expect:

As both countries are still on land contiguous with the tectonically active African Rift Valley (as already mentioned in yesterday’s Geography of The Cameroon), again, we, as Geographers, know what to expect:

The Congo was formerly a French colony of this part of Equatorial Africa (called that because the equator passes through these countries) that gained independence in 1960. Oil dominates the economy - 65% of GDP, 85% of Government Revenue, and 92% of exports – all Geographers amongst us know just how hazardous a over-dependence on just one product (whether this be bananas, whiskey, cocoa beans, oil…. etc.) can be…. What happens if something happens world-wide and the price drops (which of course it did in 2008 and again in 2015 – largely due to the main OPEC oil producing countries artificially dropping the price to try to undermine the recently heavily-invested in fracking for oil in the USA making the USA self-sufficient in energy and no longer reliant on ‘friendly-relatios’ with other nations to import it). The Congo’s other major economic activities are handicrafts, and village agriculture – so it is currently struggling economically.

The DRC (Democratic Republic of the Congo) was a Belgian colony, and is very rich in a diverse range of natural resources. It has suffered political instability, a lack of infrastructure, corruption and exploitation. Civil war is not only responsible for amongst the lowest levels of the world in terms of human development, but also this is endangering much of the country’s vast biodiversity. The level of the DRCs development (HDI – the Human Development Index) the country is ranked 176th out of 187. China is the biggest recipient of the DRCs exports (over 50%) – an possible example of neo-colonialism the A Level Geographers will be saying. Internal fighting (largely caused by conflict over the high-value minerals) has displaced 4.5mn people.

One of the best known tectonic disasters, that our 4th Fm are experts on - is the eruption of the Nyrangongo  Volcano in 2002 – where lava ran at 40mph, with many thousands of people from the nearby city of Goma fleeing for their lives. The lava reached Lake Kivu poisoning the waters and killing the fish, impacting food security and the livelihood of the fishing communities living on the shores.

Do you ever wish your mobile phone’s battery life was such that your phone lasted for longer prior to needing charging – well….. close to where the teams are staying tonight the hard graft of the dangerous and exploited work of the people who live here, is the mineral that is responsible for your mobile phone batteries lasting as long as they do….. and that is Coltan (which 4th Formers also know all about as part of their Africa unit). Locals mining Coltan is shown in the photographs below. Note the highly sophisticated machinery and obvious health and safety measures being used. I wonder how much of the mobile phone manufacturer’s profits trickle down to these miners?? 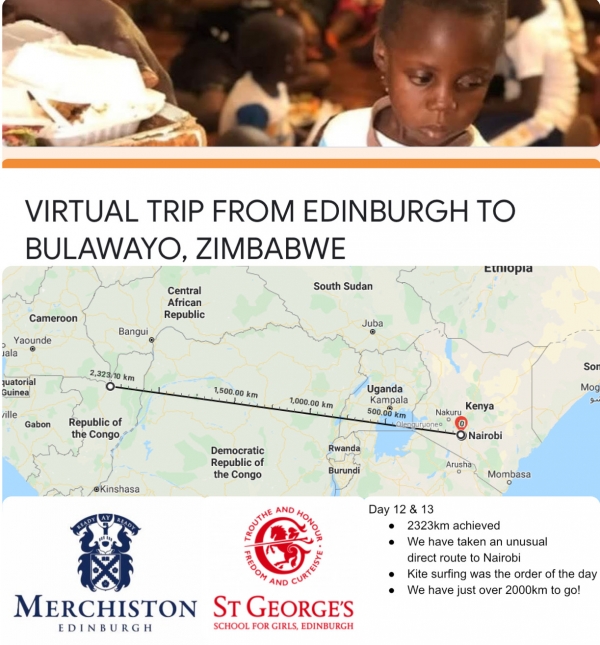 The Republic of Congo, and the DRC