There is no let-up in the rain for us today! Cameroon is one of the wettest lands on earth! Indeed, one of the wettest locations in the world is the village of Debundscha (with an average annual rainfall of around 10,300 mm) which we passed on our journey today!

This little village lies at the foot of Mount Cameroon, the highest peak in West Africa. Although watch your step here, Mount Cameroon is actually an active volcano and has the most frequent eruptions of any West African volcano. A lava flow from a 1999 south-flank eruption stopped 200 m (660 ft) from the sea, cutting the coastal highway!

This is the last time we will be by the sea before we arrive in Bulawayo. As we leave the coast and head inland it’s important to reflect on the ecology of this coastline. Cameroon had lost 40% of its mangroves in recent years which has had a devastating impact on its coastal fisheries. Mangroves globally act as a nursery habitat for a suite of commercially important marine species.

However, all is not lost, I am sure you will all be reassured to know the presence of the West African manatee (Trichechus senegalensis) all along this coast would suggest that the regions seagrass meadows are still in decent condition – seagrass is the favoured food for these wonderful sea cows!

A team from National Geographic magazine, who visited the fledgling Parc National Nouabalé-Ndoki in the mid-1990s, called this northern corner of The Republic of the Congo the world’s ‘Last Eden’, and they chose their words wisely.
Parc National Nouabalé-Ndoki deserves the name of ‘Last Eden’. It is actually the last natural habitat on earth where you can find a rich flora and fauna that remains undisturbed by global changes.

Its uniqueness is characterised by its availability of the both the world’s largest carnivores (the big cats), the biggest herbivores (elephants, buffalos, rhinos), and rare apes (bonobos, and gorillas). It is also home to world’s second largest river after Amazon – the River Congo, which has the reputation of being the deepest river in the world and second-longest river in Africa (after River Nile).

For any of my A Level students reading this, it has been suggested that the Congo River's formation may have led to the allopatric speciation of the Bonobo (Pan paniscus) and the Common Chimpanzee (Pan troglodytes) from their most recent common ancestor. 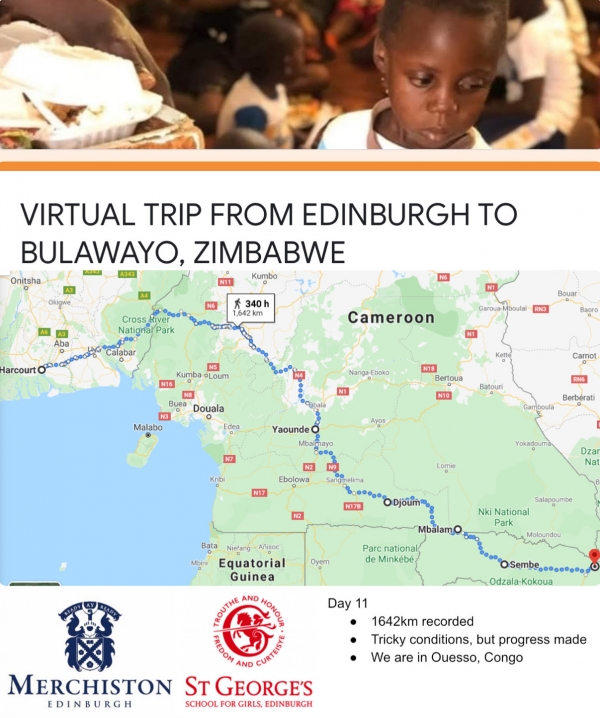