The Primary 6 year group have been engaging in Slow Writing activities – this is an approach to writing that uses a step-by-step structure to create a short text. Here are some examples of the wonderful work they have been producing. 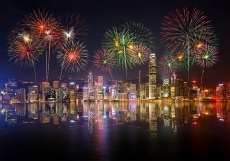 Beautifully sparkling in the night sky, the fireworks explode into bright fountains of light. Colourful bombs of fire shining happily in the dark. Cutting through the sky like hot shards of glass. I can smell the burning. They joyfully dance as they shoot high above me. Popping with a bang and a crackle every time. I'm full of happiness as I watch the grand performance!

Determinedly, I make my way through the crowd to the shimmering river's edge. Explosive, Deafening, vibrant fireworks shoot up into the air, shattering the once calm sky. As fiery and bright as a phoenix, they are as magical as one, too. The smouldering smell of fireworks comes wafting up to my nose and adds to this one-of-a-kind, amazing experience I will never forget. The sky seems to be smirking down at the river, proud of the beautiful display she is hosting. Bang! Pop! Crack! The noise seems to echo out over the whole city. Awe and amazement fill and overwhelm my whole body as the fireworks fade into the night sky, their smoke laying in a haze, and, coming out of the smoke, a deep emerald green, my favourite part of fireworks: a dragon! 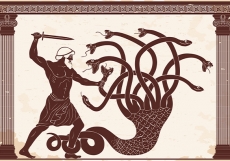 Twisting and turning, the hydra gave an eerie shriek. She gnashed hungrily at the survivor as the brave man slashed away at each of its heads in turn, expecting victory though only receiving fate. A stale fishy smell came over him, concealing him from fresh air completely as he looked bravely into the hydras two remaining misty and mysterious eyes, as dark as everlasting holes concealing anyone it wished to. Just as a faint growling sound arose above his head, the hydra was once again fully grown, now barking greedily at him from all sides. The man knew he was the only hope, he couldn't die now! And so, he jumped down into the dark depths of one of the many of the hydra mouths... 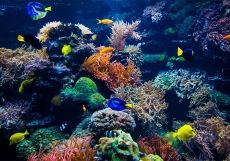 With the pretty, rainbow fish dashing about, the ocean bed was full of life as always, with the blues and yellows of the blue tang, the blacks and yellows of the Moorish idol and the orange and blacks of the clownfish. It was alluring, the city of hidden treasures with its most magnificent and mysterious coral reef buildings. Diving in and out of the coral reefs in the most bizarre way possible, the fish were full of enthusiasm. They swam about powerfully but elegantly like ballet dancers performing another act of The little mermaid. Like real dancers, the fish were just as mesmerising, if not more so. However, it hadn’t always been as good:  they had been practicing every single day of their lives! Slowly but surely, the magical play came to an end. All the fish went back into the coral reefs, tired and worn out but happy and ready to start new day. 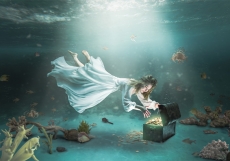 Rapidly tearing at the water, I was desperate to uncover the mystery of this fascinating chest. The prehistoric chest was mesmerising, feeding me on expectation of something marvellous, something the people would gape at in wonder. Then I gave a roar of mortification as I realised It was locked! Swimming closer, trying to imagine It was not true, I saw something that looked like ancient carvings. It was either a blessing or a curse. Suddenly It made sense: the carvings were instructions. My heart leapt. There was a way to open it! The sensation was terrific, now my life was a rollercoaster. The only thing was... what was inside? 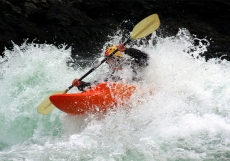