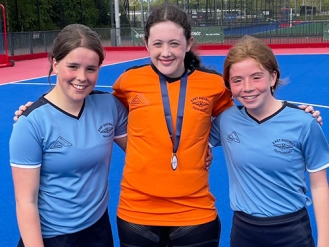 Great effort from our girls who represented U14 East District hockey teams at the Inter-District tournament. Abi played for the East Purple team, who won the tournament. Hannah and Isabella played for East Sky Team who came 5th. Well done!